Richard and Leona Bergstrom have just released their newest book, My Life After Work: Retiring from work, not life. It fleshes out in a self-guided journal format the themes of their prior work,  Third Calling: What are you doing the rest of your life?  (2016).

Third Calling, as well as an accompanying Study Guide, are available on Amazon.com in paperback and Kindle version. My Life After Work is also on Amazon.

More about Richard and Leona Bergstrom: 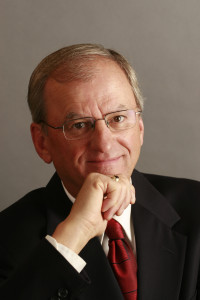 Richard is the founder and president of ChurchHealth. He is a graduate of Westmont College (B.A.), Denver Seminary (M.Div.), and Western Seminary in Portland (D.Min.). He served for ten years as the Executive Pastor and Second Half Ministries at Northshore Community  Church in Kirkland, Washington.

He is the author of several articles in LEADERSHIP Journal as well as the co-author of Mastering Church Finances in the Mastering Ministry Series. Dr. Bergstrom served for six years as the Northwest Divisional Director of Church Dynamics International, a ministry committed to helping pastors and local churches become more effective in disciple-making. For fifteen years prior to that, Richard served in a variety of positions within local churches, including youth (Aurora, CO; Edmonds, WA), associate (Bellingham), and senior pastor in Bellingham, Washington, and Steamboat Springs, Colorado. Dr. Bergstrom served from 1999-2001 as Interim District Executive Minister of ConvergeNorthwest (Baptist General Conference). Richard has been involved in a continuum of services to the church, from strategic planning to conflict resolution.

The Bergstroms also directed the national Mid-Life and Older Adult Ministries of the ConvergeWorldwide known as Second Half Ministry, from 2003-2014. 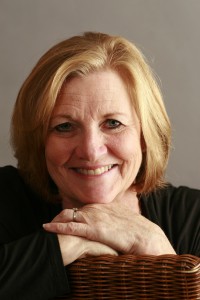 Leona adds her own expertise to the team with a background in administration and management. She is a graduate of Westmont College (B.A.), and has invested over thirty-five years in ministry as well as a career in geriatrics. She currently serves as the Director of Re-Ignite a ministry of ChurchHealth, and as the co-director of Second Half Ministry of ConvergeWorldWide .

She previously served as the Director of Senior Community Programs for CRISTA in Seattle.  From 1989-1999 Leona served as the Director of the SeniorHEALTH Department at St. Joseph Hospital in Bellingham, opening the Center for Senior Health, which continues to thrive in Bellingham, serving the needs of senior adults. During her career with the hospital, she launched a Parish Nurse progam, which grew to over 50 Parish Nurses in 35 churches throughout Whatcom County. She is the Founder and Past President of Elder Service Providers of Whatcom County, and served as Past Chair of the Gerontology Certificate Program at Western Washington University in Bellingham. She has served under contract with the Area Agency on Aging as a Faith Communities Liaison to assist congregations in meeting the needs of caregivers in their congregations. To that end, she wrote a resource guide called, “Caregiver Support: Reaching out to those who care for others — a guide for Communities of Faith.” That program grant was expanded in 2003 to include civic and fraternal organizations. She was awarded the “Elder Service Provider of the Year” by the membership of ESP in Whatcom County.

Her goals within the ministry of ChurchHealth involve providing resources and training to the local church in ministry to, by and with older adults. The ministry of LIFETIME is another program arm of ChurchHealth designed to address these issues. Our first publication was released October 15, 2000: AMAZING GRAYS: Unleashing the Power of Age in Your Congregation, which led to a number of  Senior Summits  being held in various communities and denominations across the country. We have since developed a ministry initiative called Re-Ignite which challenges leading edge Baby Boomers to “Kindle afresh the gift of God which is in them.” (I Timothy 1:6)