An Open Letter to the Pastor of the Munford, Tennessee church (whoever you may be) that is home to John & Lisa Robinson, the Powerball Winners of $533 million dollars.

This morning on the Today Show, John and Lisa Robinson displayed their winning Powerball ticket. It 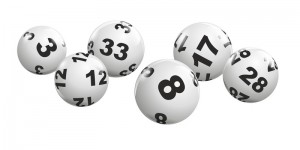 entitles them to a record win of $533 million. When asked what he intended to do with the earnings, John Robinson said, among other things, “…I’m a strong believer in tithing to my local church.”

Alarms went off in my head.

Immediately I imagined myself as the pastor of a church where this family, now worth half a billion dollars, attends. (The final amount is $327.8 million if they choose the lump sum payout and before taxes). I initially found myself drooling over the possibilities, but then I took a more analytical approach to the matter. I weighed both the blessings and the curse of having such a huge windfall dropped in the offering plate.

Upon further reflection, I’d like to offer my counsel to the pastor and governing board of the church:

CONSIDER THE DOWNSIDE OF SUCH A WINDFALL

COUNT YOUR BLESSINGS, NAME THEM ONE BY ONE MILLION

Without a doubt, neither the Robinsons nor your church will ever be the same. My only hope is that all of you can avoid the pitfalls of coming into such a large sum of money overnight.

Richard L. Bergstrom, D.Min., is President of ChurchHealth, a not-for-profit 501(c)(3) church consulting organization based in Seattle, Washington, and the former Executive Pastor of Northshore Community Church in Kirkland, Washington. He is the co-author of the book Mastering Church Finances (Leadership, CTi, Multnomah Press, 1992). www.CHonline.org