In the 1969 movie “Support Your Local Sheriff,” actor James Garner, (as James McCulloch) rides into a small western town. The local leaders are burying their latest sheriff, shot earlier by the notorious Danby gang. Recognizing Garner’s prowess as a gunslinger, they appeal to him to take the job of sheriff for their town.

That fact makes him all the more desirable to the town leaders as a candidate for the position. They press him to take the job. Garner finally agrees to be the town’s interim sheriff, all the while reminding them that he’s “on his way to Australia.” Eventually he falls in love and marries the mayor’s daughter, but never ceases to remind her of his ultimate destination….Australia. 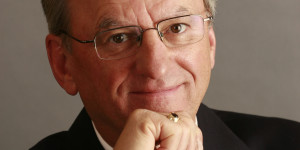 That movie and its classic line by Garner has become something of a mantra for me in my role as a church consultant. I adopted it as a theme coming alongside a church when invited to consult with them. In my earliest days of doing so, I was often invited to consider joining the staff to help them implement my recommendations. As tempting as that was, I knew it would compromise my ability to speak truth into the organization. An effective consultant must be able to provide objective, unbiased feedback to the leaders of a church. Once the consultant steps onto the staff of a church, he or she becomes a part of the culture very quickly. Now dependent upon the church for a paycheck, one is beholden to the senior leadership of the church for a job.

I recently paid a return visit to a men’s small group that I had been a part of for over ten years. I shared this mantra with them many years ago and was surprised to discover that it was still part of my legacy within that group. We laughed about how integral it has become to our thinking about our respective roles (three of them are consultants). One of my colleagues stated that it only takes six weeks of involvement on the inside of an organization to lose one’s objectivity.

The significance of that cannot be overstated. Organizations, including churches, need to be able to see themselves clearly. It is extremely difficult to gain that kind of clarity from the inside out. In fact, the longer a person has been inside an organization, the more difficult it is to see and to speak truth into that organization.

Another of my colleagues shared a recent experience of being invited to consult an organization on ways to train managers to care for their employees. The problem was that there was a pervasive feeling among the employees that the CEO didn’t care about them. The consultant had done his homework by doing a survey of the employees beforehand. When the CEO offered him a consulting contract, he told him, “I’m not going to waste my time or yours trying to convince your employees that they are important to the organization. Until you begin to show compassion to your employees, they will never be convinced that they matter.” “In fact,” he went on to say, “everyone in this organization thinks you don’t care about your employees.” After recovering from his shock at the consultant’s directness, he offered him a job. My friend declined, but has continued to consult them. He knew he could only speak that kind of truth into the organization if he maintained his independent status.

The principle of objectivity is even more critical when called to mediate conflict in a church. Several years ago I partnered with a denominational leader in the area of church conflict. The executive had formed a team around him to help buffer him from the type of backlash that he frequently experienced going into conflicted churches in his association of churches. He often failed to live up the expectations of church leaders who would invite him in to “fix their pastor.” When he would speak unbiased truth into their world, they would often turn against him. Given the fact that he was elected by the very constituents that he was consulting, it proved to be a hazardous role for him to perform. It was at that point that he turned to me to go into several of those situations, as I was not at that time a member of his denomination or any of his churches. I was untouchable by the people who proved threatening to him. And I was clearly “on my way to Australia,” and not interested in being employed by any of his churches.

Later, while serving as the interim executive minister for this same district of the denomination, I was asked to let my name stand in nomination for the permanent role. Even though I had never aspired to such a position, the search committee eventually persuaded me to agree. They protected me in my interim role by not sharing this with the constituents until a final decision was made about the selection of their candidate. But after additional prayer and reflection, I withdrew my name and allowed the search to proceed without me. By doing so, I regained my effectiveness as a transitional leader for the group. I needed to remind myself that I was “on my way to Australia.”

On another occasion, I assumed the role of the interim pastor in one of the smaller churches in the denomination. The church was in a crisis following the resignation of their pastor. Many thought it would not survive. I agreed to an accelerated 90-day intentional interim role, at the end of which time we hoped to have placed a new pastor in the church. We moved into temporary quarters in the community and assembled a transitional leadership team to guide the church through a refocusing process. At the end of 90 days, we had called a new pastor and stepped out of the role as interim. All the while I was there I reminded them I was only there for a season….”I was on my way to Australia.”

When a church hires an interim pastor following the resignation of its senior leader, it needs to be very clear up front as to whether or not the interim will be considered as a candidate for their permanent position. And while I have seen examples of it working, in most cases it is not in the best interest of the pastor nor the church for the interim to be considered as a candidate. To do so only compromises the effectiveness of the interim to be an internal consultant to the church during this time of transition. Any ambiguity on this matter contributes to both confusion and potential division in the church. The solution is to establish a contractual agreement up front that precludes the interim from becoming a candidate for the position.

If there is a scenario where the interim pastor is asked to become a candidate my advice is that he should recuse himself and withdraw from the interim role while the church decides upon their candidacy without pressure.

Much of this confusion for churches during an interim can be avoided right up front by using terms like “Intentional Interim Pastor,” or “Transitional Senior Pastor.” Such descriptors can clarify for people that this leader is amongst them only for a specific role and time, after which they will step aside to usher in new leadership.

I recently concluded ten years in a multi-staffed mega-church in our area, where I had the privilege of serving alongside a gifted senior pastor and a great team as the executive pastor. I was on the governing board of the church and the “person of responsibility” on the document on record with the IRS. I was in deep! As the years progressed, I became more and more a part of the culture of that church. I survived through a transition of senior leadership, staff turnover, and a shift in the culture of the church. It was in many respects the healthiest team of which I’ve been a part. At the end of the day, however, I could not expect to be an effective consultant within the organization of which I had become so integral. I desired to return to my role as an outsider, willing to come back alongside churches, organizations and even individuals to be able to provide that critical perspective needed to bring about transformation within. I resigned my position at the end of last year and returned to my role as President of ChurchHealth. 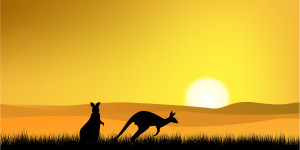 After many years of using this mantra to provide perspective on the role of a consultant, my wife and I are finally headed to Australia on a speaking tour in August of this year.